The neo-punk band Piss Ant was formed in 1995 by its lead singer, the fetish model and genre actress Josi Kat. 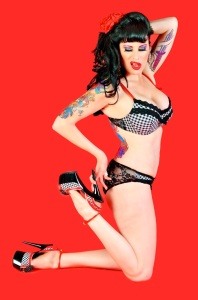 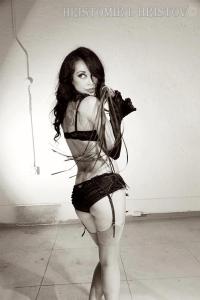 She claims to be ‘known for dishing out plenty of attitude, bad girl strut and sassy lyrics’. She has been known to dish out other things, too, including whackings. (She’s the nun.) 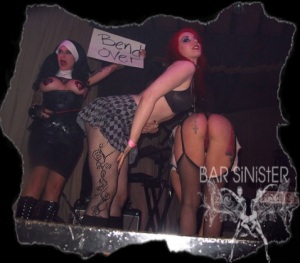 And for the band’s number ‘So Close’, a track from their 2011 album I Know Your Type, she also dished out a video. 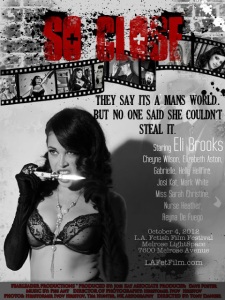 The video, which articulated the song in terms of imagery from film noir and 1950s sleaze, premiered at the 2012 Los Angeles Fetish Film Festival. And, of course, one element of the mix was a spanking.

Of the two relevant contributors, Mark White, alias Dark Mark, plays a man in pinstripes, and the girl he spanks is Elizabeth Aston. 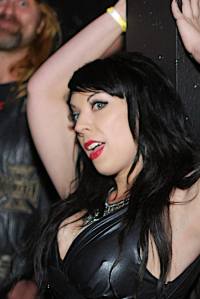 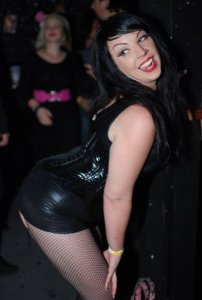 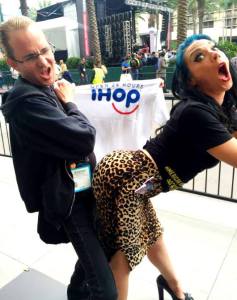 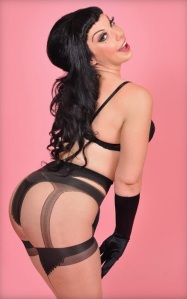 She has been known to smack the occasional bottom: 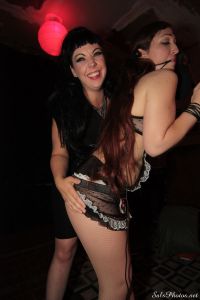 But for the video, its hers that’s on offer. Here she is in costume: 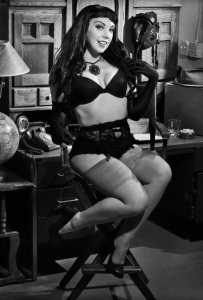 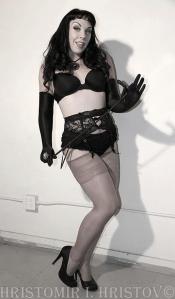 And here she is with her fellow artistes: 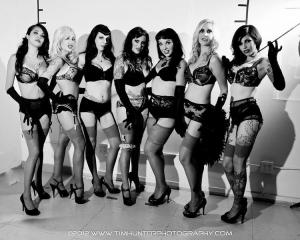 According to Mark, Elizabeth ‘was the only one who would let me spank her’. It doesn’t last long, and afterwards his character winds up dead. But keep watching, because there’s a little more action involving Josi Kat and the detective. Here’s the video:

To find out more about Piss Ant and hear more of their music, please visit their website.