You know, if that request were honored more often, life would be a whole lot more fun! As it is, however, young ladies wear their ‘Spank Me’ panties with pride and flash them with impunity. 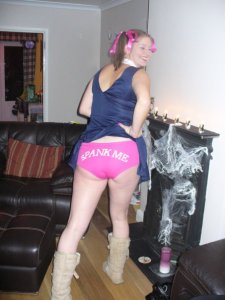 But that’s at a tangent from our main subject today, which concerns the same request made in a different way. Let’s meet Juliette Dragon: 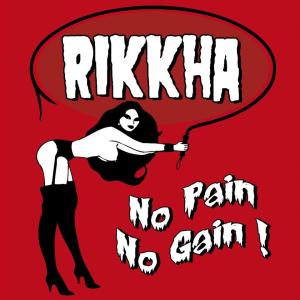 who model themselves partly on the Cramps, and whose act often features other distractions in the foreground: 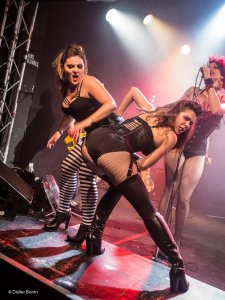 But for the moment, let’s keep our eyes on Juliette, who’s going to sing for us.

As well as DIY bottom-smacking, plus one from the guitarist at the end, some performances are also enlivened by that foreground action I mentioned, courtesy of Juliette’s burlesque associates, the Filles de Joie: 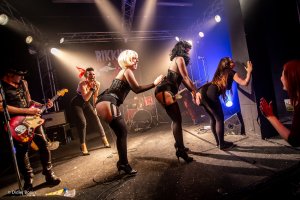 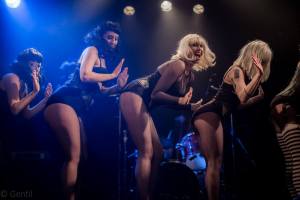 And here’s one where the backing singer Klodia Sparkling gets in on the DIY act, and the guitarist goes more than one better:

Even so, it’s not a proper spanking if it isn’t OTK, and in that limited respect ‘Spank Me’ disappoints as a song just as much as it disappoints as a phrase on ladies’ panties. But at least Juliette Dragon herself doesn’t disappoint. We’ll be seeing her get spanked, yes, properly spanked, in a few weeks’ time!