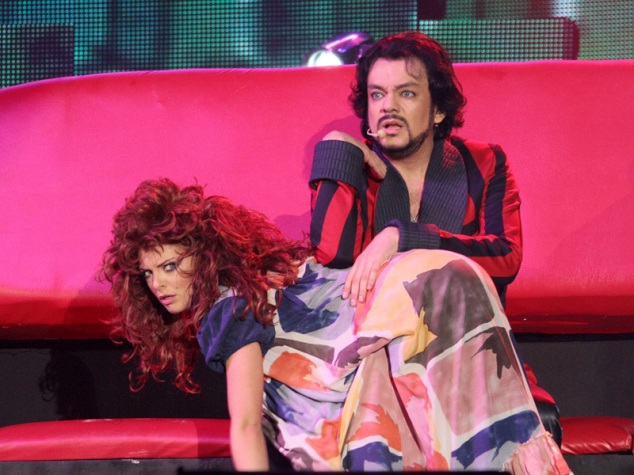 That’s the Russian singer Philip Kirkorov with a dancer over his knee. It’s part of a live show based on his album DruGoy, which was released in October 2011; the show opened the following month and toured internationally until 2015, with a little interesting variation across the run.

The number is ‘Sultry Nights’, a song about jealousy and the fireworks of love, and Kirkorov performs it as an Apache dance with a lover in a loose dress and navy blue bloomers. 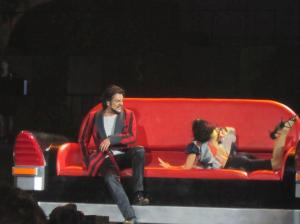 In the course of it, she finds herself across his knee. 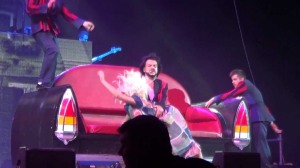 At first, he seems a little bored by the situation,

whereas for her, boring is clearly not the word that best describes the prospect of a good spanking: 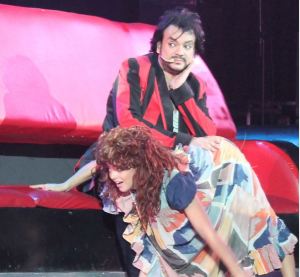 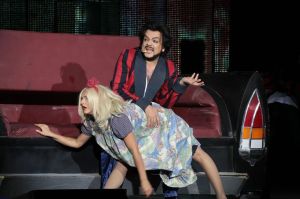 He gets to work, albeit briefly and symbolically: a representation of a spanking that’s more choreographic than literal, and very much ‘sold’ by the girl’s performance.

Then he roughly but gracefully shoves her off his lap, and the dance continues.

You’ll have noticed that the girl went through a number of changes in the course of the run, though it seems always to have been the same performer. She started out looking like this:

Then she restyled her hair, and wound up looking seriously cute,

until they gave her a little more fire with a red wig: 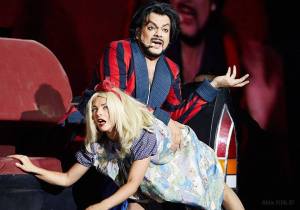 There are many recordings of different performances, which I’ve included below as links. Every performance is different, if only sometimes subtly: sometimes he actually spanks her, sometimes helps himself to a feel instead, sometimes just gives her bum the bum’s rush; and the girl’s reaction is interestingly varied, too. It’s worth looking at several of them, though I don’t recommend watching them all in one go, as a sense of repetition will soon set in!

The early performances in 2011 were filmed on these dates: November 7, November 8 and December 11.