It isn’t easy to spank a mermaid, because when you get down to business, you also get down to… a fish tail!

Perhaps a bit of artistic license is called for? 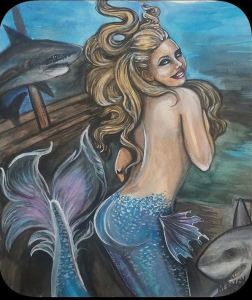 You could even try taking the fish tail down, one way… 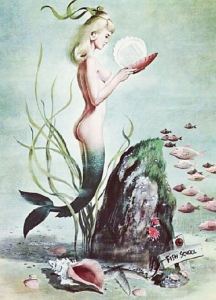 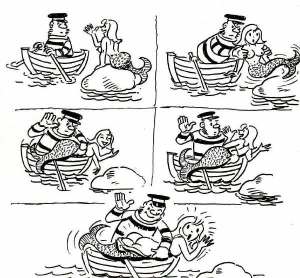 The artist Margot Datz, of Martha’s Vineyard, paints a lot of mermaids and thinks a lot about what it’s like to be one. (Her 2008 Survival Guide for Landlocked Mermaids is a glorious piece of whimsy as well as a lifestyle advice book.) But she also knows not to apply logic where it has no business poking its nose in, which is key to the success of her 2007 painting entitled ‘She’s Been a Bad, Bad Mermaid’: 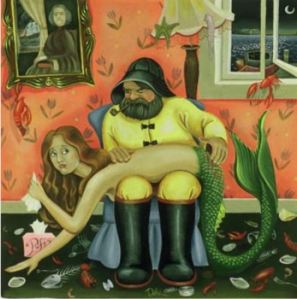 One of her greatest fans, Lucy Seibold, became fascinated with the painting – ‘obsessed’ was her word – and in 2014, she was inspired to pose with her husband for a mermaid pinup set with the Baltimore studio Atomic Cheesecake. The story begins with a fisherman finding something in his net that he wasn’t expecting: 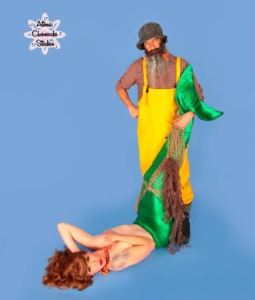 Wonder what his catch weighs? 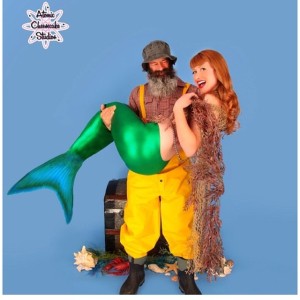 Well, let’s not be ungallant. Unlike the fisherman, of course. 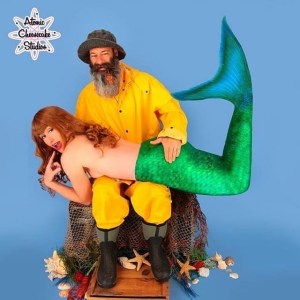 Looks like she too has been a bad, bad mermaid! Good for her!

One thought on “Bad, Bad Mermaid”